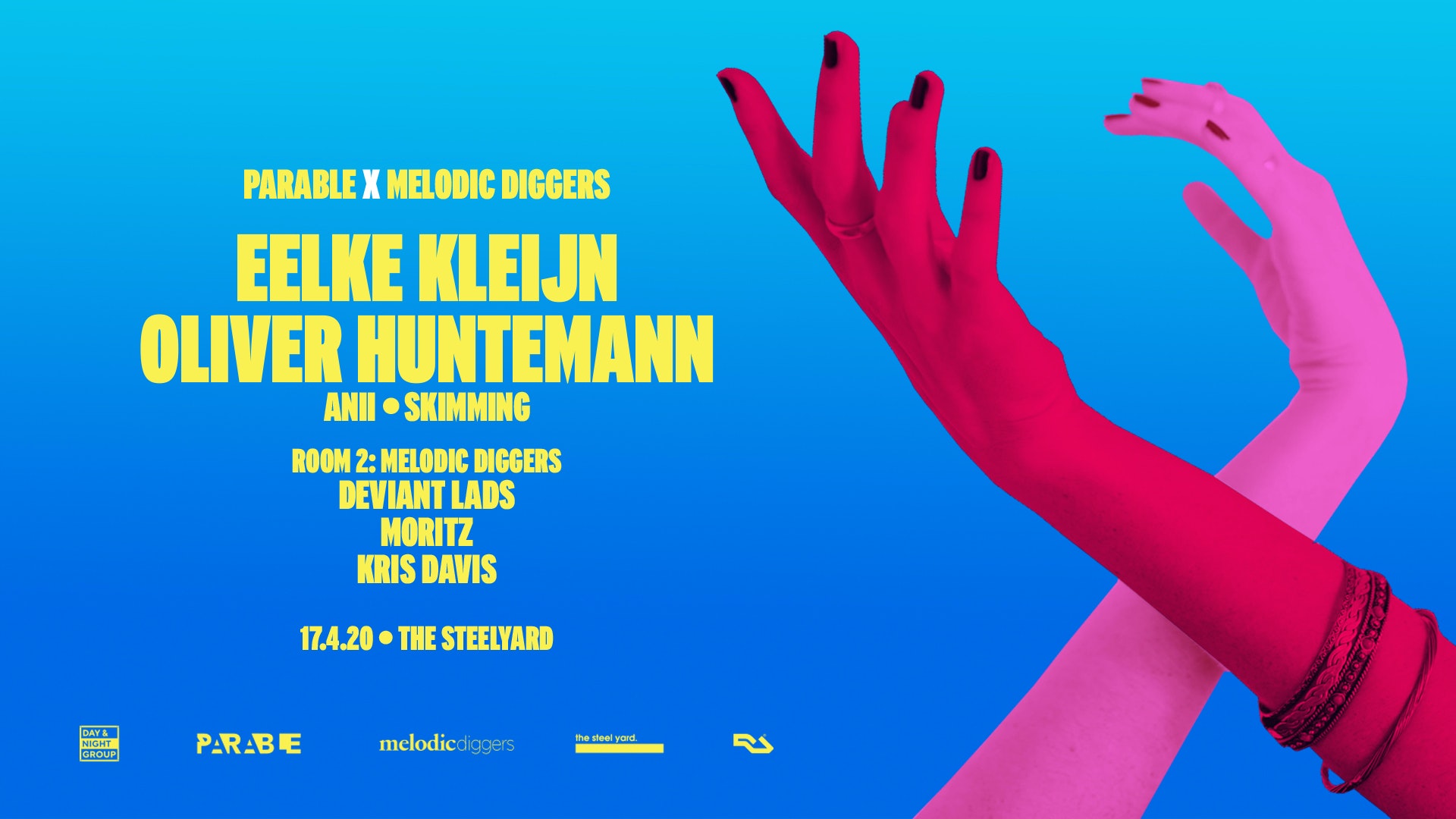 One to be very excited about!

We welcome 2 heavyweights of Techno & Electronica to London for their Parable debut’s with the incredibly talented Anii & trend setters Melodic Diggers joining Parable for a night of Melodic Electronica and Techno.

One of the Netherland’s greatest exponents in modern electronic music: Eelke Kleijn. With a penchant for windingly charismatic progressive productions and softly driven DJ sets,
He never feels more at home than when he’s behind the decks, and there’s no separation between the booth, his studio and the dancefloor. This natural air that he brings to all facets of his music is something that’s reflected in its organic feel, and it has helped his creative identity to shine in a crowded scene.

Oliver Huntemann, a true icon and legend of Techno. The Hamburg native’s concrete roots can be traced back to early techno. Had he been any younger, he would undoubtedly have sucked electronica like mother’s milk from a C64 chip. Like so many of his colleagues, his route to techno took a tour through electro and rave. He could tell the usual vet- eran tales when it comes to influences, his first record purchases, or on the subject of the good old days. Been there, done that! It was more difficult maintaining a low profile.
2017 saw the arrival of Oliver Huntemann’s 5th album “Propaganda”, trailered by two EPs entitled Rotlicht and Poltergeist. All three releases ripple with taut techno tunes as only he can deliver.

Anii – One of our favourite upcoming producers and fast taking the Techno world by storm. As the new rising star of the esteemed Kompakt family, Anii (Ania Iwinska) has made quite a name for herself in a short space of time. After leaving her native Poland in the late 2000s, she made a beeline for London, determined to achieve her dream of becoming a successful musician. That hard work is paying off now, as Anii’s reputation for producing and playing high quality melodic techno is spreading throughout the underground. With bookings across Europe flooding in, and a work rate that is borderline obsessive, she is a true feminine powerhouse.

A breathtaking Sound and Lighting Production show will be custom produced ad-hoc for this event by Parable’s team.

For all group and guestlist enquiries please email or message our page Parable / Contact: info@dayandnightgrouo.co.uk