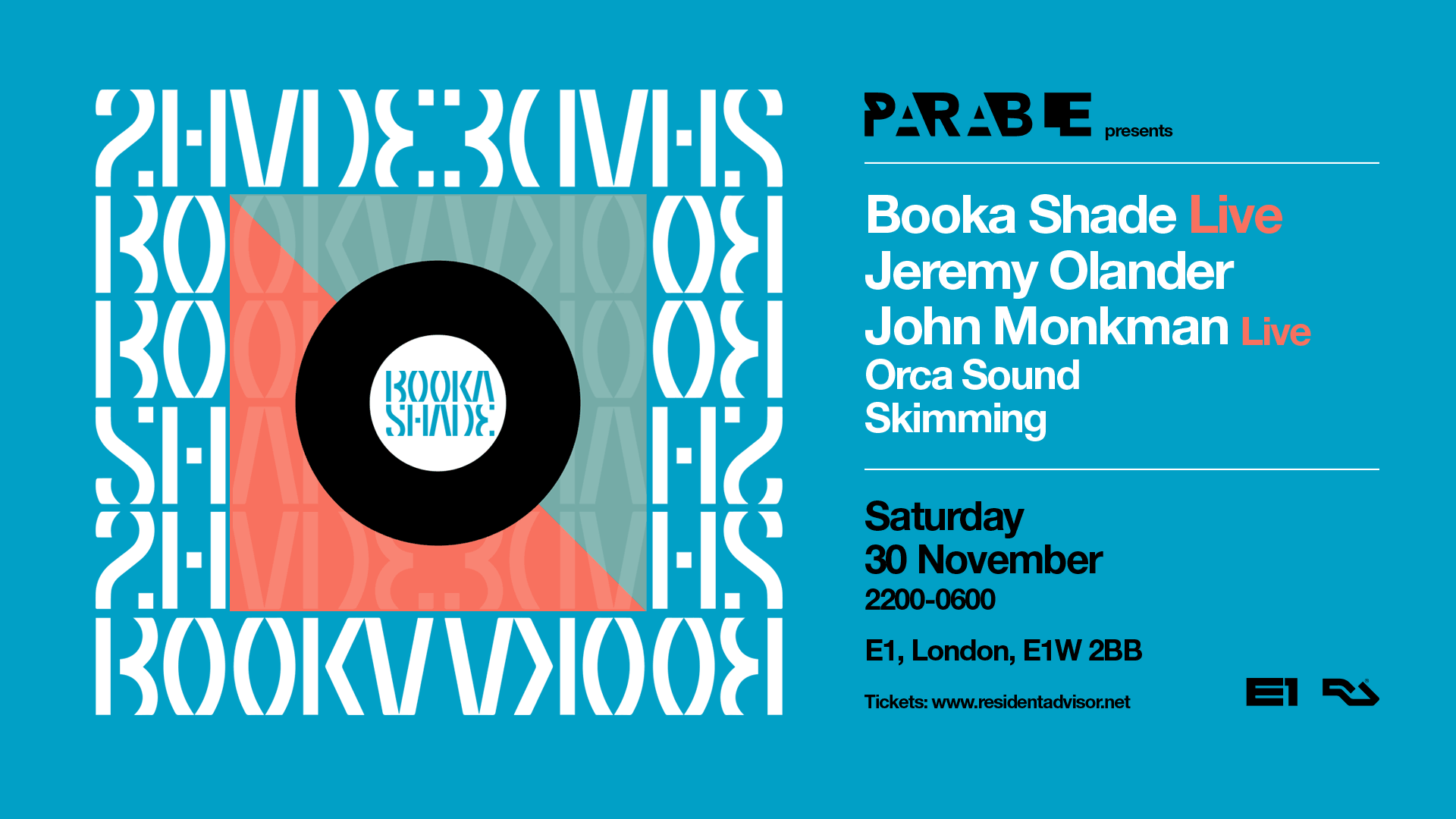 Since our first event in Summer 2018 – we’re proud to have welcomed some of the most exciting names in Progressive Techno who we respect so much.

For our final show of the year, we are excited to finally announce that Booka Shade will be making their Live Parable debut at E1 with Sweden’s Jeremy Olander and London’s John Monkman as main support acts.

Please note: This will be a single room show taking place in the main room of E1, the second room will be a separate event.

Berlin-based duo Booka Shade, aka Walter Merziger and Arno Kammermeier, have carved out a reputation as one of the most celebrated electronic acts to come out of Europe over the past two decades.

Since their break-through performance at Sónar in 2005, Booka Shade have earned huge recognition with their innovative live shows, even being named one of Resident Advisor’s Top 5 live acts in the world in 2010. They have opened for legendary acts such as Depeche Mode and Kraftwerk, whilst headlining stages at the likes of Coachella, Glastonbury, Rock Werchter, and Red Rocks just to name a few. In recent years, the band has appeared amongst the likes of DJ Mag’s ‘Alternative Top 100 DJ List’ (2018), whilst their notable live sets have led to key mentions amongst a host of distinguished festival reviews and round-ups, including placement within DJ Mag’s ’10 Unforgettable Sets From The History Of Exit Festival’.

Booka Shade were also inducted into Pete Tong’s BBC Radio 1 Hall of Fame, having received strong support from the station throughout their careers, playing at both the ‘40 Years of Radio 1’ celebration with Annie Nightingale and the ‘20 Years of Essential Mix’ party, whilst also mixing Pete Tong’s ‘All Gone Ibiza’ compilation album.

The duo’s fan base is in no way restricted to electronic music enthusiasts, with great success playing slots at the Montreux Jazz Festival, Lollapalooza, and more by utilising their massive crossover potential, which is as evident in their billings as it is in their remix credits, including acts like Depeche Mode, Moby, Hot Chip, Kings of Leon, Woodkid, The Knife and many more.

– A breathtaking Sound and Lighting Production show will be produced ad-hoc for this event by Parable’s team.

– For all group and enquiries please email or message our page Parable / Contact: info@dayandnightgroup.co.uk

– Please note the venue reserves the right to deny entry to ticket holders should they have reason.